So, when is the supernova going to explode?

With all the progress made on the supernova engine in ScummVM since the last post, I decided it was time to post an update. And in case you can't wait to know the answer to the question asked above, watch the video at the end of this post. But it would be a shame not to read first about the amazing work done lately ;)

Now what would help the most to get the translation completed is for native English speakers to play the first half of the game and suggest improvements on our translations web site.

We also already have a lot of suggestions for the second game, but it is a bit early for me to review those as I would like to focus on completing the engine for the first game.

As a reminder, the game is available for free on the original developer web site and the source code for the scummvm engine is on GitHub. To play the game you will also need to get the supernova.dat file that contains the game text (both German and English). I have uploaded a version on my dropbox, but you can also compile the devtools/create_supernova tool yourself (available from the same repository as the game engine) and execute it to generate the data file.

With Strangerke we made a lot of progress on the engine, getting to a point where more than half of the game is fully playable without any major issues, and this includes the supernova explosion! To get to this point, we needed to:

The graphics is an interesting aspect, so I will now give a bit more details about that point. It will also give me a good opportunity to add some much needed illustrations to this post. In the supernova engine, images contain multiple layers. The first layer always contain an image for the full screen (minus the inventory area, except for a few images that really are fullscreen) and then additional layers can be displayed or not for example to make animations, or depending on the context (door open or closed, object taken on not by player). Each room has an associated image and an array of boolean that indicates which layers are visible. When we render the room we thus iterates on all the layers and render the visible ones.

During animations though, we only render a layer and all those above it or "unrender them". To unrender a layer, we simply render the room starting from the first layer, for the area previously occupied by the now hidden layer.

The first graphical glitch found was due to setting the layer visibility flag in the wrong place when showing a layer, which caused the flag to be set not only for this layer, but also for all the layers above it. And we ended up with layers drawn in cases where they should not be.


Another minor issue with similar circumstances is that there was a logic bug that caused a single layer to be drawn in some places without redrawing layers above it.

I also introduced graphic glitches myself when rewriting the code to reduce memory usage. Initially the code had been implemented by using a surface of the full screen size for each layer. But most layers are a lot smaller and I rewrote the code to only use a surface only as big as needed for each layer. I got the surface pitch wrong however in the code bitting the background layer to screen when "unrendering" a layer. That resulted in some interesting animations...

Then more recently I stumbled upon a more serious issue that required rewriting a big chunk of the way images were rendered. The issue was that the wrong image was being rendered, and with the way the engine had initially been implemented in ScummVM there was no way to tell the rendering code to use the correct image. This caused the random crash mentioned above (when trying to render image -1), and when the crash did not occur (which happened more often than you might think), an interesting cutscene mixing layers from two images. 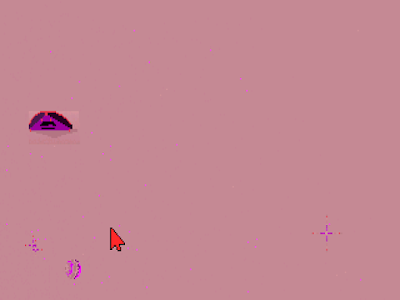 Rewriting the graphics code to fix this last bug gave me the opportunity to also easily change the way the graphics data are loaded. The initial engine implementation in ScummVM was loading all the graphics data when starting the game. Now they are loaded on demand, which should reduce considerably the memory usage (and speed up a bit engine startup on slow platforms).

And now, finally, enjoy the supernova explosion!
But I won't tell you when it occurs so that you have to watch the full video of me playing the game (but at least I recorded it with the English text and not the original German one, and I slightly edited it to make it a couple of minutes shorter).